The Central Govt has introduced a new scheme for recruitment in the Armed Forces (Indian Army/ Air Force/ Navy) as Agniveer i.e. the Agnipath Scheme. Under this scheme, Agniveers will be selected to serve the Armed Forces for a duration of 04 years. As per the Agneepath scheme, it will provide a golden opportunity for India’s youth to experience military life without having to make a long term commitment. Agnipath Bharti Scheme Indian Army/ Air Force/ Navy Agniveer eligibility, age limit, educational qualification, physical standards, pay, allowances, opportunities and other service conditions are given below.

On completion of the 04 year period, Agniveers will go to the society as disciplined, dynamic, motivated and skilled work force to pursue their career in other organizations or work as dynamic entrepreneurs, thereby continuing to contribute to the overall development of the nation. The Seva Nidhi of approx 10.04 Lakhs will aid the Agniveer to settle and lead a decent lifestyle as a young entrepreneur/ start a second career.

However, based on organizational requirement and policies promulgated by the Armed Forces, 100% of the Agniveers after completing their engagement period will be offered an opportunity to apply for enrolment in the permanent cadre. Of these 25% of Agniveers will be selected to be enrolled in the Indian Army, Indian Air Force and Indian Navy as regular cadre.

The skills gained by each Agniveer will be captured in a certificate to form part of his resume. These applications will be considered by a centralized board in a transparent manner and not more than 25% of the strength of the specific batch of original Agniveers will be enrolled in the Indian Army/ Air Force/ Navy based on performance during their four year engagement period as Agniveers.

Agniveers will not have any right to be selected for further enrolment into the Armed Forces. Selection will be the exclusive jurisdiction of the Government. The enrolment as soldier/ airman/ sailor into the regular cadre of Indian Army/ Air Force/ Navy, will be available only to those personnel who have completed their engagement period of 04 years as Agniveers. 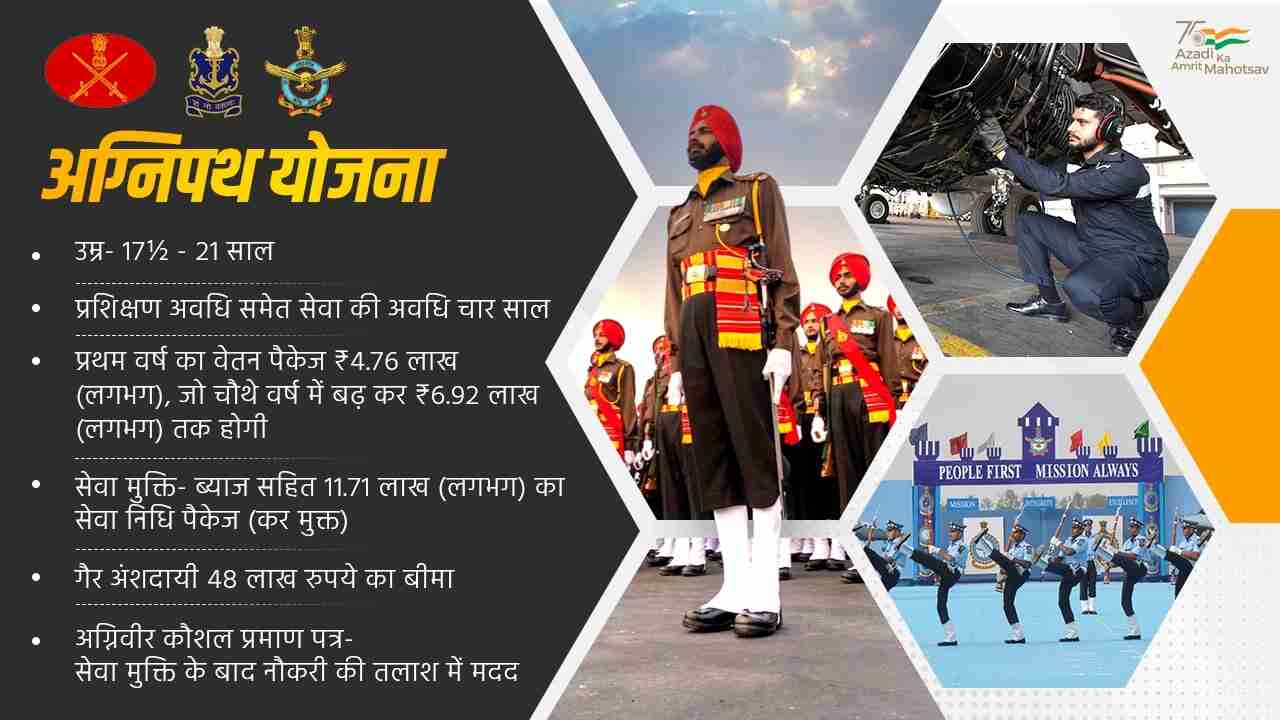 Eligibility – All India and All Classes. Female candidates will also be inducted in future in a progressive manner for joining the Armed Forces under the Agnipath Bharti Scheme.

Age Limit, Educational Qualification and Physical Standards – Candidate’s age should be between 17½ years to 21 years (age limit for the recruiting year 2022-2023 will be 21 years to 23 years). Candidate should be 10th or 12th Pass. Educational qualifications for Indian Army Agniveer GD, Technical, Clerk/ SKT and Tradesman are as follows:

Agniveer GD (All Arms) – 10th Pass (Matriculation) with 45% marks in aggregate and 33% in each subject. For boards following grading system, D grade (33% – 40%) in individual subjects or equivalent of grade which contains 33% and overall aggregate in C2 grade or equivalent corresponding to 45% in aggregate.

Agniveer (Technical) – 12th Pass (10+2) in Science with Physics, Chemistry, Maths and English with min 50% marks in aggregate and 40% in each subject. OR
12th Pass (10+2) from any recognized State Education Board or Central Education Board to include NIOS and ITI course of minimum one year in required field with NSQF level 4 or above.

Agniveer Clerk/ SKT (Store Keeper) – 12th Pass (10+2) in any stream (Arts, Commerce, Science) with 60% marks in aggregate and minimum 50% in each subject. Securing 50% in English and Maths/ Accounts/ Book Keeping in Class 12th is mandatory.

Agniveer Tradesmen (10th Pass) – Class 10th simple pass. No stipulation in aggregate percentage, but should have scored 33% in each subject.

Agniveer Tradesmen (8th Pass) – Class 8th simple pass. No stipulation in aggregate percentage, but should have scored 33% in each subject.

Other qualifications and physical standards for Agnipath Bharti Scheme will be issued by the Indian Army/ Air Force/ Navy through Recruitment Rally notifications.

Medical Standards – Agniveers will have to meet the medical eligibility conditions laid down for enrolment in the Indian Army/ Air Force/ Navy as applicable to respective categories/ trades. No permanent Low Medical Category Agniveer will be eligible for continuation of his engagement after being placed on Medical Category.

Employability – Agniveers enrolled under this entry are liable to be assigned any duty in organizational interest, at the discretion of the Indian Army/ Air Force/ Navy. Agniveers can be posted to any regiment/ unit and can be further transferred to other regiments/ units in organisational interest.

Uniform – To encourage and recognize dynamism of youth, a distinctive Badge will be worn by Agniveers on their uniform during their engagement period.

Honours and Awards – Agniveers will be entitled to honours and awards, as per extant guidelines governing the subject for the Indian Army/ Air Force/ Navy.

Selection – Candidates will be selected under the respective Service Act for a service duration of four years including training period. Recruitment will be as per terms and conditions. Regimental system will not be changed, since the scheme aims selecting the best of the Agniveers and only those who have proved their mettle.

Training – On being enrolled, candidates will be imparted military training of 3-6 months based on organizational requirements.

Assessment – Armed Forces will maintain a centralized high-quality online database of Agniveers and will follow a transparent common assessment methodology. An objective assessment system to ensure fair and impartial assessment will be introduced. Skills attained by Agniveers will be systematically recorded. Broad guidelines will be framed before appointment of the first batch of Agniveers and the same along with any subsequent changes would be circulated.

Leave – Grant of leave will be subject to exigencies of the organization. The following leave may be applicable for Agniveers during their engagement period:-

Medical and CSD Facilities – For the duration of their engagement period in Indian Army/ Air Force/ Navy, Agniveers will be entitled for medical facility at Service Hospitals as well as CSD provisions.

Release At Own Request – Release at own request prior to completion of engagement period will not be permissible for Agniveers except in exceptional cases, with approval of the Competent Authority.

Pay, Allowances and Allied Benefits – Candidates enrolled under Agnipath Bharti Scheme will be paid an Agniveer package of Rs 30000/- per month with a fixed yearly increment. In addition, allowances as Risk and Hardship, Ration, Dress, Travel etc will be paid. There will be no entitlement to gratuity and any kind of pensionary benefits in the case of Agniveers. However, on enrolment in regular cadre, pay will be as regular soldier/ airman/ sailor and Pension will be as per extant regulations. Details of monthly remuneration, Agniveer Corpus fund and one-time Seva Nidhi package are indicated below:-

On completion of the engagement period of 04 years, Agniveers will be eligible to receive Seva Nidhi package, which shall comprise their contribution (into the Agniveer Corpus Fund) and matching contribution from the Government and interest on the accumulated amount. In case of individuals who are subsequently selected for enrolment into the Indian Army/ Air Force/ Navy as regular cadre, the Seva Nidhi package to be paid to them will comprise only of their contribution including accrued interest thereon. The ‘Seva Nidhi’ will be exempted from Income Tax.

Life Insurance Cover – Agniveers will be provided life insurance cover of Rs 48 Lakhs for the duration of their engagement period as Agniveers in the Indian Army/ Air Force/ Navy.

Compensation for Death – In case of death, the following will be admissible to Next of Kin (NOK) from the Agniveer Corpus Fund:
Non-contributory life insurance cover of Rs 48 Lakhs.
Additional Ex Gratia of Rs 44 Lakhs for death attributable to service.
Pay for unserved portion upto four years including ‘Seva Nidhi’ component.

Disability Compensation:
Compensation based on % disability laid down by medical authorities.
Onetime ex-gratia of Rs 44/ 25/ 15 Lakhs for 100%/ 75%/ 50% disability respectively.

Agniveer Skill Certificate – At the end of the engagement period, a detailed Skill-set certificate will be provided to the Agniveers, highlighting the skills and level of competency acquired by them during their engagement period.

Ex-Agniveers enrolled for Four Years – Ex-Agniveers who are selected to be enrolled in Indian Army/ Air Force/ Navy as regular cadre on completion of four years, will be governed by existing terms and conditions of service in the Armed Forces, as amended from time to time.

Opportunities for Agniveers:
There are many questions in the mind of the youth regarding the Agnipath Bharti Scheme or Agneepath Yojana of the Army. They are asking what will they do after four years of recruitment and what will be their future. In this regard, the Union Information and Broadcasting Ministry has given answers through social media, incorporating the announcement being made by various central organizations and state governments regarding Agniveer.

1. After four years of strategic skill, someone at the age of 24 will always be a better option than anyone else to get a job.

2. The ministry has also said to give priority to qualified Agniveers after four years of service in the recruitment of CAPFs and Assam Rifles.

3. One in four Agniveers will get a permanent job in the army itself, there will always be a good chance of getting opportunities elsewhere in the career.

4. Agniveers will be given a deposit of 12 Lakhs between the age of 21 to 24 years, how many people in this age group are able to collect this much.

6. The ministry asked that how many of you get settled in life in 24 years, there will be money in it which will give new opportunities.

7. Agniveers full of discipline and skill have been announced to be employed by many big companies of the country.

8. Graduation degree course is going to start for Agniveers, it will be recognized in the country and abroad. Along with the job, you will also get a good degree.

9. UP, Madhya Pradesh, Uttarakhand, Haryana and Assam have announced to recruit Agniveers in the Police and allied forces of the Police.


Search any information available on this site by the help of the search box above. You may visit later for more updates related to Agnipath Bharti Scheme, Agniveer Vacancy in Indian Army, Air Force and Navy etc. 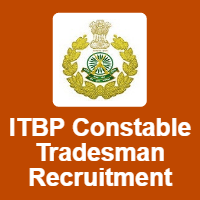 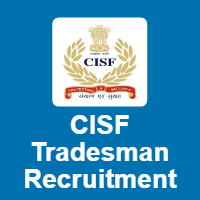 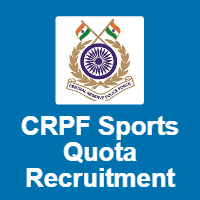 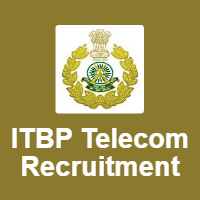